Climate change and the future of fish

Global warming, global cooling, melting glaciers, ozone holes, new weather extremes and mutant frogs...climate change is a formidable concept.  With all the media and political posturing around the concept it is difficult to really grab just what climate means for the future.

Fish like this very nice dolly varden in places like this sweet glacier fed river in Alaska are certain to change: 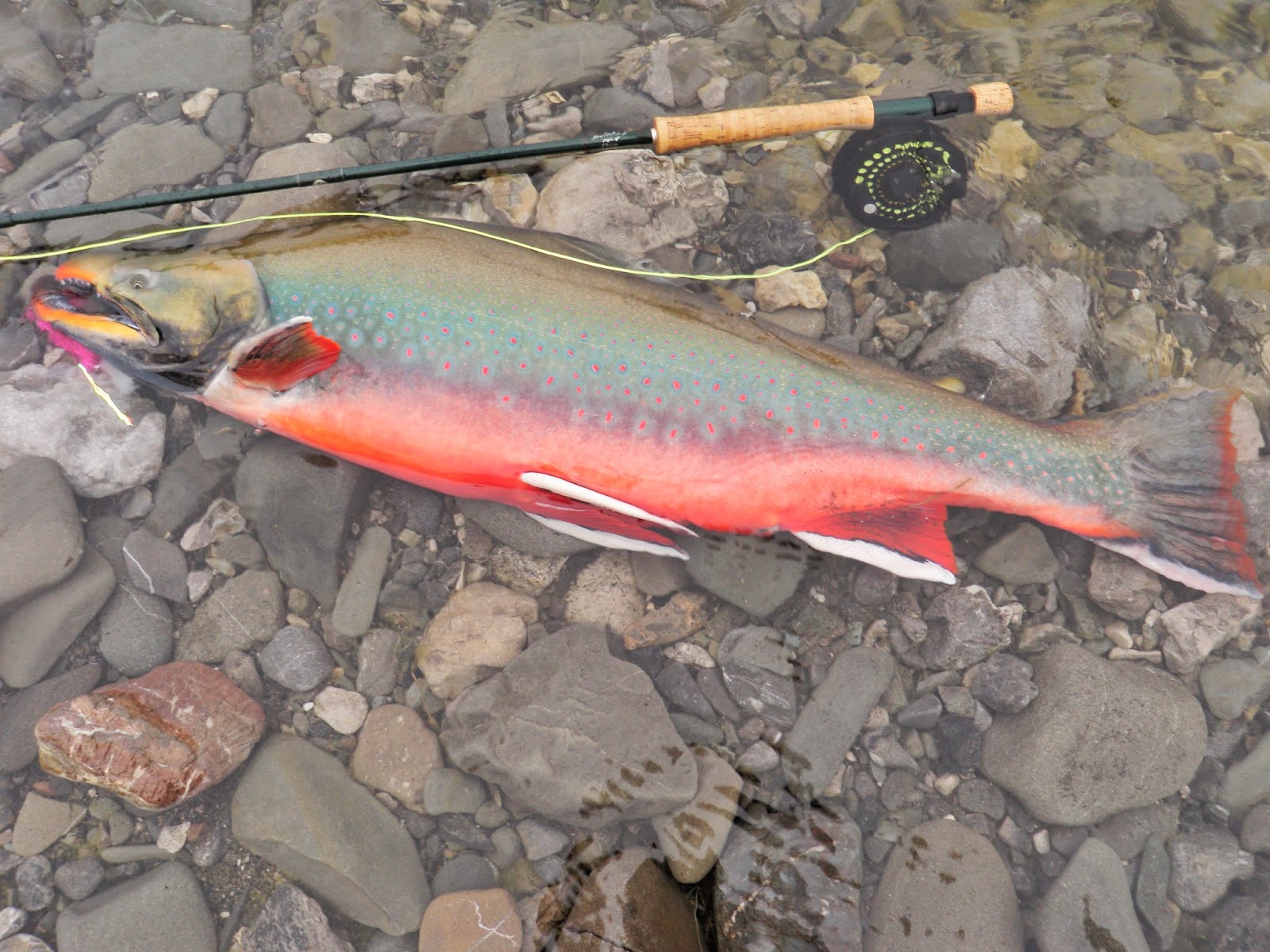 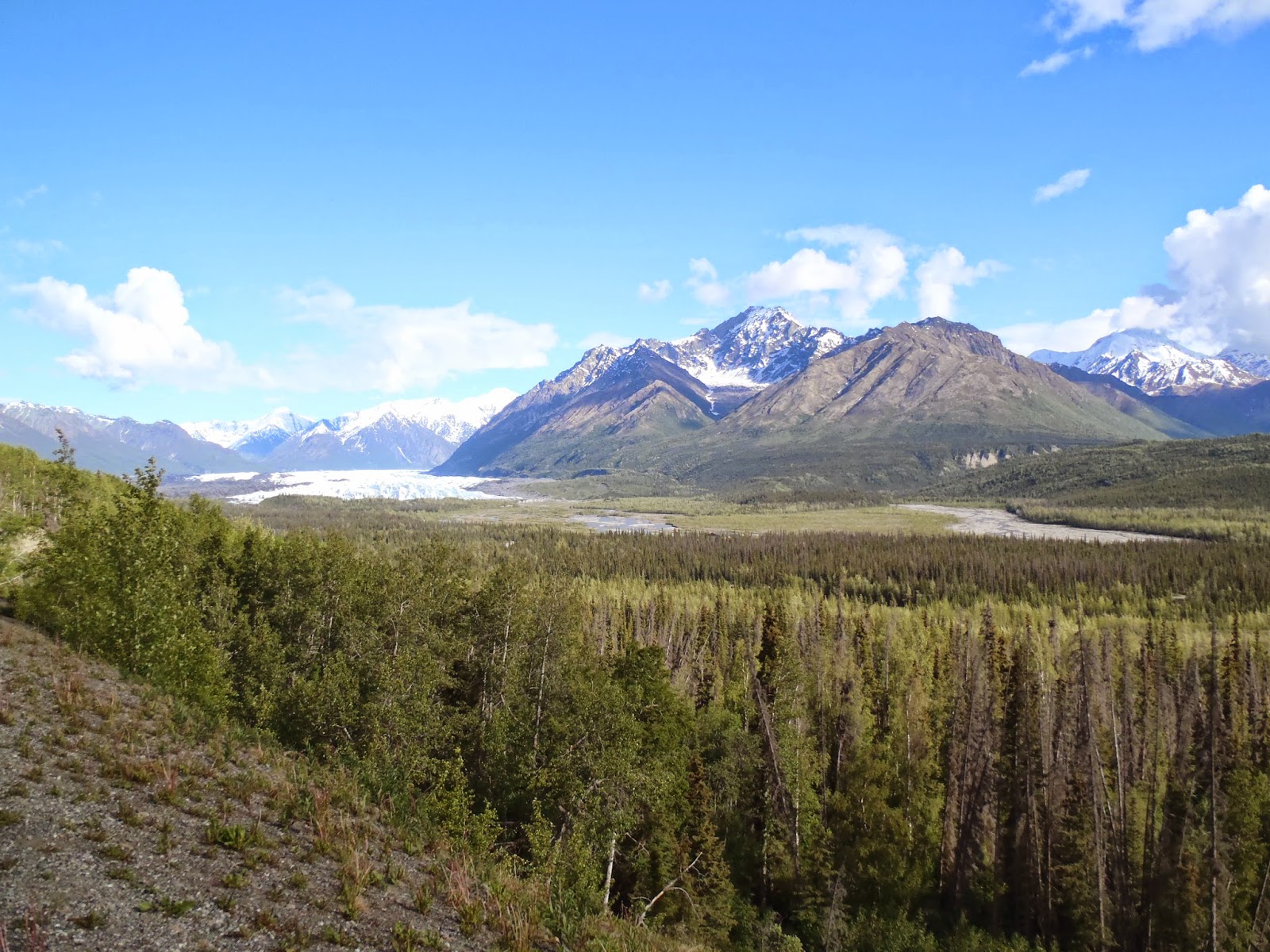 It is interesting how we tend to thing of climate change as something new, or that things are suddently now going to change with a new and increased awareness.  It is also interesting to see how socially we talk about, posture and paint climate change as an entirely bad thing.  Could it be possible that there are some good things that we might expect to see?
Just to be clear, I'm not trying to downplay the importance for considering climate change, but want to philosophize upon it for a bit.

(I am half chinese after all...and consider myself a "part-time" philosopher).
(I'm serious here)
It is an interesting challenge to think about how we are supposed to address managing our aquatic resources for climate change.  Just what is it that we are expected to do to address climate change? Is it to stop the environment from changing at all and maintain the exact same weather patterns into a foreseeable future? Perhaps there is a misception that our society has painted where any change in climate is not supposed to happen and things are supposed to stay as we know it forever.
Obviously the middle ground here is that we would want to slow the rate that humans are exasberating the situation and all take ownership and stop trying to point out and blame who is in the wrong...it is easy to get into an ethical debate on climate change.  Whatever the case, projected climate change scenarios run across the board, and let's just say human negligence of our environment is not a good thing and not natural and we want our natural environment to be able to respond and adjust within a reasonable context. 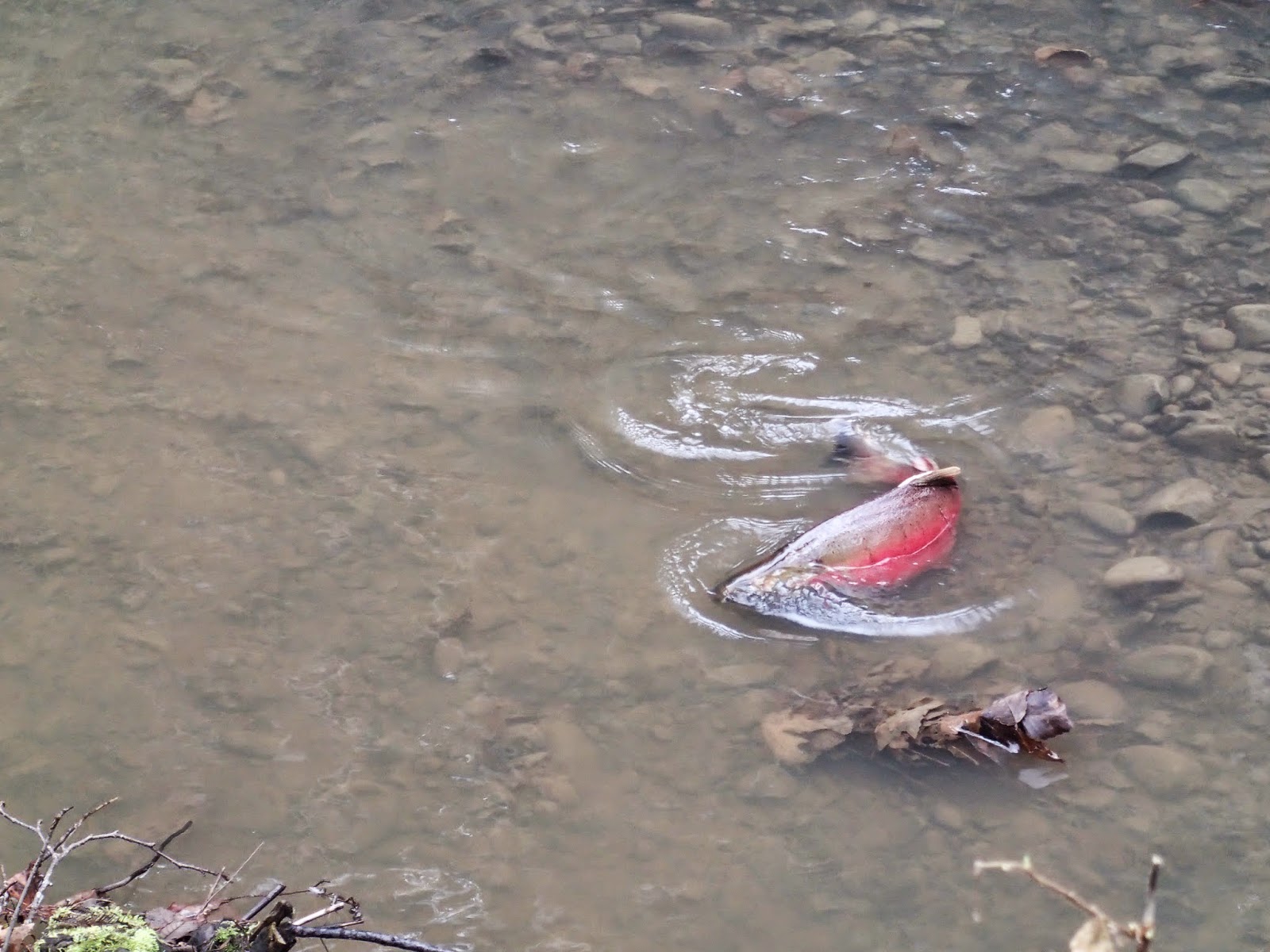 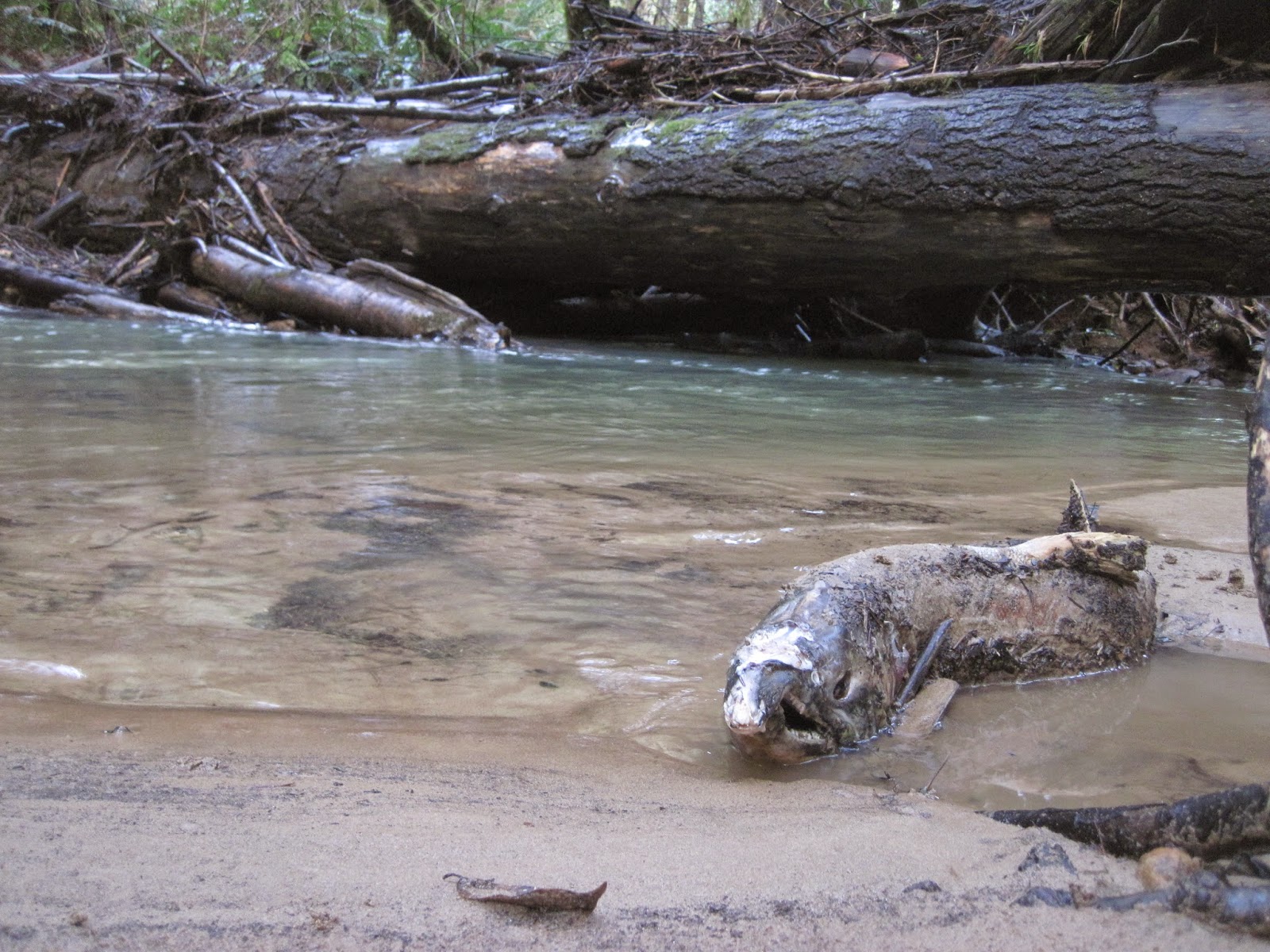 As for our aquatic resources, here are some situations that we are likely looking at over the near future:
In the headwaters: increased warming in many cooler areas will result in more snow melting quicker and earlier, this could lead to less summer base flows and more flashiness and extremes in flood events, more landslides and less sustained precious summer flows coming off of the mountains.

Here's a debris torrent in Oregon.  While it povides much needed large wood for fish habitat, too much will scour out the river channels and dump some major fish habitat smothering fine sediment loads. 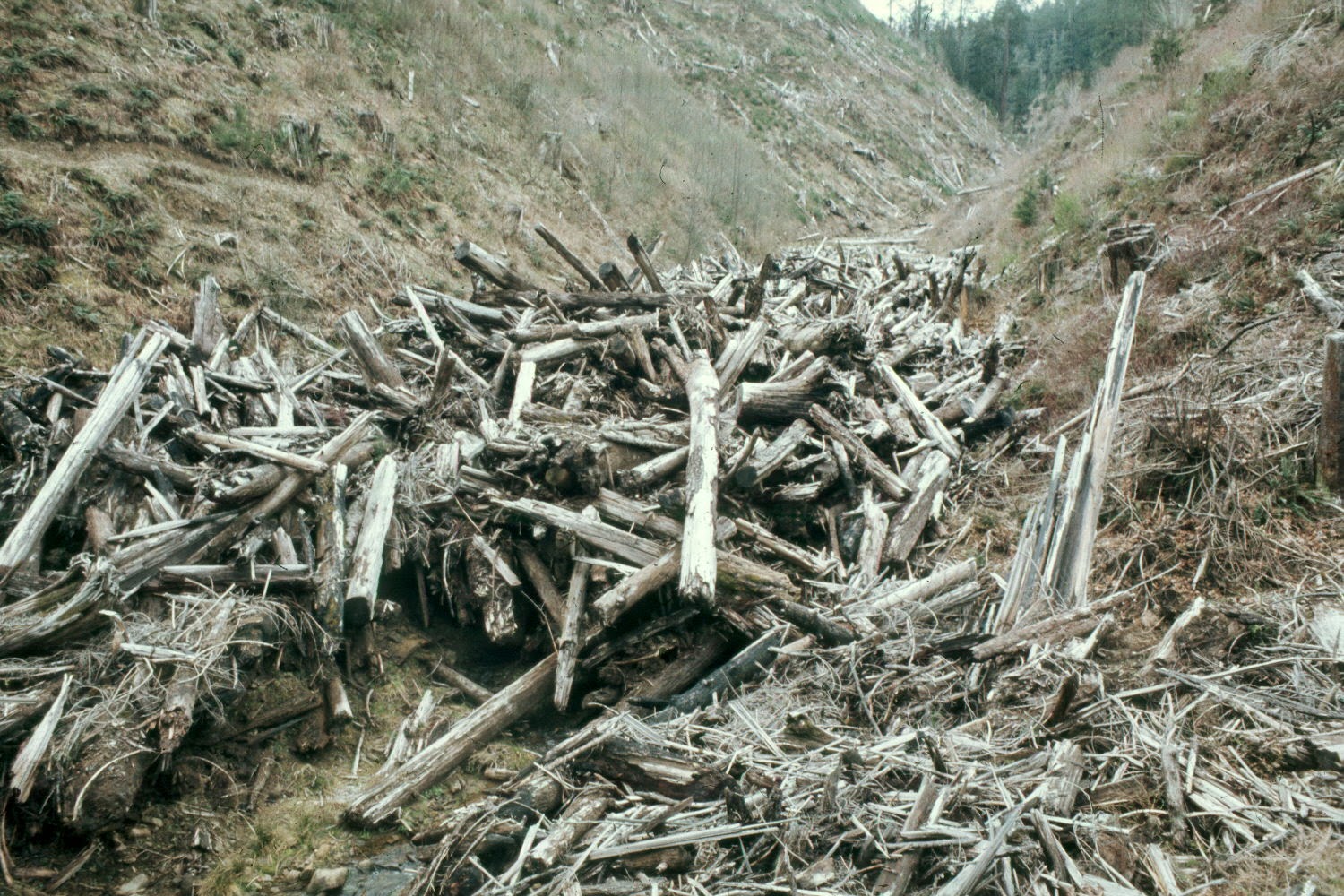 If you are cold water fish like a trout, you are not a big fan of the summer low flow and warm water situations and fish that depend on the cold flows higher in the mountains like cutthroat and bull trout will feel the crunch and drying smaller streams will either strand fish or make them move to unfavorably downstream areas or...die (sigh). For extremely cold water species like bull trout and headwater dependent species, or grayling that looks especially bad. 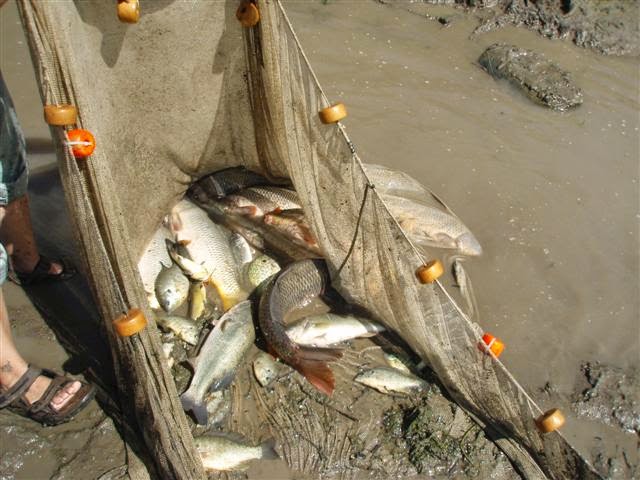 In the midde and lower stream reaches: some areas would also experience some cooling trends and with all the water flowing out earlier in the year, they may be in a better place...warm water species like bass and sunfish may end up in a better place and start moving upstream with warming waters. This could be good or bad and invasive species like nonnative minnows, sunfish, carp (snakehead?) may get some big jump start increase their world dominance.
As as biologist what will be particularly intersted to me will be to watch how fish adapt and change to all this.  Species like salmon and trout may start to spawn earlier or later, and start spawning in lower reaches.  Juvenile fish may start growing faster, migratory fish will may start residualizing and stop migrating all together. Our trout fishing hole may become the place to catch trophy bass.  Fish may hybridize even more and many will likely get extirpate or go extinct all together and die.
TBD...